How The Wealthy Have That “Killer Instinct” For Greed

Leave a comment how people get wealthy, how to be a wealthy affiliate, nothing but money matters, the law of attraction, the pursuit of money, when money becomes an addiction, why some get rich, why some get so rich 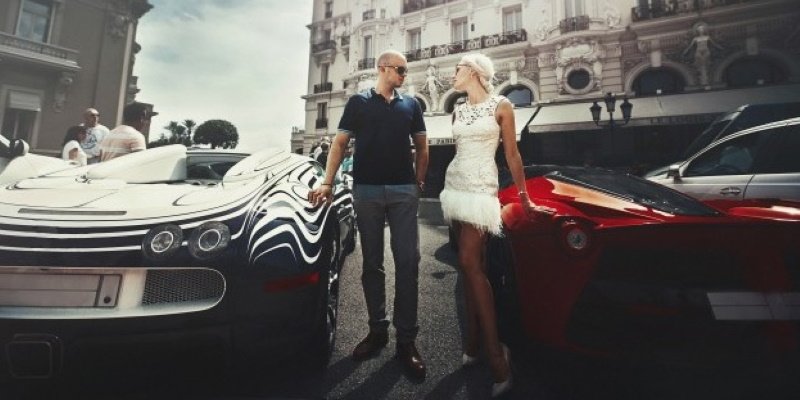 Tuesday, August 4th, 2020
The current “micro” economy is leaning towards downsizing. The workforce is progressively shifting towards self employment and entrepreneurism. Not by choice, but to survive to make a living. Most however do not have what it takes. They lack the intestinal fortitude to do whatever it takes to succeed. It needs to become an obsession, an addiction.

An addiction is defined as never getting enough, never being satisfied of what you want.

As the addiction progresses, what’s derived is the gratification that one needs to constantly seek more and get more of what they hunger. The key being wanting more.

This regardless if one is addicted to relationships, a substance, or an activity.

Getting enough of the object of desire that they crave for needs to be continuously fulfilled. This of things or objects that one may become addicted to.

There’s nothing that’s greater that tops this obsession, then the pursuit of money.

Give Me The Money

It’s the glory that is money, its gross insensitivity and manipulation that it provides, its shortsightedness and irresponsible covetousness.

Ask anyone who’s wealthy that’s afflicted with this addiction of more money, provided they even talk to you, and you’ll discover that their “quest,” their hunger, is that money has no finality.

They can’t define how many dollars that they need for them to be satisfied, that will do it for them so they’ll feel replenished.

They’re not able to do so since the means by how they reap all of their riches, their wealth, has itself become a never ending conquest.

How Much Money Is Enough

They chasing every financial opportunity can’t be overemphasized, this to the detriment of everything and everyone in their life.

This is where their dopamine kicks in, which is the molecule in the brain which dictates pleasure and motivation.

For them to get this high, the release of this dopamine, occurs every time that they turn a profit, make a “killing” on the markets or on the Internet.

And similar to any other addiction, they develop a hunger, an insatiable thirst to make yet bigger profits, just to get the same ego gratification.

When Money Becomes An Addiction

The “high” that they get isn’t the feeling of fiscal elation, all those dollars pouring into their pocket, but it’s a type of self-inoculation.

What this perpetual wealth production does is it vaccinates them against the feelings of distress, such as guilt, anxiety, and shame.

This stems from the belief that’s dormant deep inside their subconscious, that they’re not good enough and that all this money they’re making, will show, prove to everyone that they are worthy.

So the greater that their financial success is, it fulfills their illusions that they really are superior, this in economic terms, above everyone else. The poor people out there.

Ethically, the worst thing when it comes to their pursuit of wealth is that their ego driven narcissistic achievements can do damage to others, most importantly their closest relationships.

What’s often a trait for those who are addicted to wealth aren’t usually involved in any of the professions of the creative arts, but instead in finance and online marketing.

Most often, their success contributes nothing or very little to the good of society.

Rather, their activities, their undertakings are cunningly contrived so they can extract money out of the pockets of others, and put it into their own.

They’re exceedingly aggressive and competitive, they will ruthless take advantage of each and every opportunity just to turn a profit, however small.

They constantly take, and won’t shy away from turning their back from those who don’t like what they do for profit.

The Need To Keep Score

To them, the big boy toys that they accumulate, the luxuries of their wealth needs to be on display, such as the Lamborghini, the 100 foot yacht, the massive estate in the country, the lavish penthouse downtown.

What they do is it makes them look good, feel good, and to them, appearances are one of their most important considerations.

These material acquisitions however, is the perfect mask to fill in all their human deficiencies, filling in their low self esteem.

The Need For More Wealth

Whatever appetite they have for these material objects, their interminable hunger for making massive money doesn’t really have that much to do with these tangible purchases.

Contrast this with those who are shopaholics or gambling addicts who fall into unmanageable debt. These wealth addicts aren’t focused on depleting their fortune, but rather acquiring more if it.

What they then do is unconsciously link their human values to their financial worth. What motivates them is accumulating as much wealth as they can, and then use it to acquire yet more wealth.

What they believe in and live by is that they’ll never get enough of what they want. For these individuals, their insatiable passion isn’t just about accumulating dollars, but instead getting richer…and richer.

And it’s unquestionable that this isn’t an honorable cycle but rather a markedly vicious one. Ultimately, their heart’s desire, which is unknown to them, really isn’t for this wealth at all.

What they really seek instead is emotional intimacy, love, unconditional self acceptance, and they feel the only way they could do so is by flaunting their possessions.

Regardless of how wealthy they’ve become, they find that self love and attracting the love of others are things that can’t be bought with all of the money they’ve accumulated.

The Addiction To Greed

The final debacle when it comes to their pursuit of wealth, is that all their monetary accomplishments won’t bring them true genuine happiness or peace of mind, and this is what they secretly crave.

All what their futile quests does is they cause all sorts of misfortune and pain to others. They harm the environment, hurt the ones they love, which they’re ignorant of and ultimately don’t care.

They take full and complete advantage of the non-regulated capitalistic system in the free market economy that we live in, which regrettably supports all of their ceaseless hoarding ventures, and they get away with it.