How To Become A Better Blogger And Earn Money

Leave a comment becoming a better writer, becoming better at writing, how to become an authority blogger, how to pick better blogging topics, how to write a better blog, picking a blogging niche 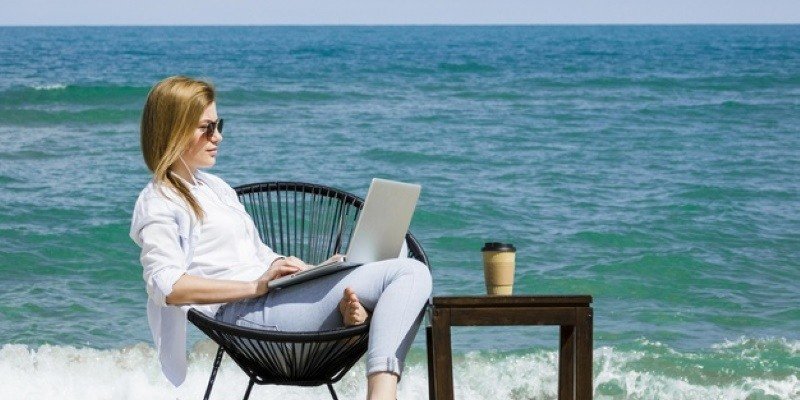 Monday, August 3rd, 2020
No one wants to be honest with themselves because it hurts. It can sting. You know you need to change and get better, but change is difficult because you have to admit to yourself you’re wrong.

So you’re wondering what all this has to do with your online business.

Well, honesty is indeed a lonely word, especially when it comes to admitting mistakes. Once it becomes personal, it can be a brutal pill to swallow. It’s almost guaranteed you won’t like it.

In fact, you’ve most likely been holding it off for awhile now.

You won’t dare admit to yourself that your blog or your online marketing efforts, is not that successful.

Your ultimate goal is to make money but you’re not making any.

So you convince yourself you do so, because you’re passionate about it, you love the freedom, and believe the money will eventually come.

All you become however is frustrated, as your burn rate and bank account slowly bleeds out.

You know how hard you’ve been struggling to write consistently, to get targeted traffic and an audience to your site.

Yet, they’re not arriving anytime soon.

The reason being you’re ignoring the hardcore truth on what you need to do. Yes, that “honesty” word again.

It has nothing to do with, you haven’t found the proper traffic strategy yet, or the economy is bad, or your chosen niche is saturated.

It’s not because the sacred god that is Google, has a secret agenda against you, and thus you’re cursed and will swim in virtual anonymity forever.

The reason is, because you’re ignoring what you know needs to be fixed.

If you want people to start reading your blog, start following your social networks, then begin by listening and believing in yourself first.

Stop blaming everyone and everything else. But instead, call yourself out.

No one is in a position to help you out, no one really cares, so you need to help yourself.

How About Doing Things Differently

If you’re generating massive amounts of traffic and money, then congratulations, you’re one of the brilliant ones.

If that’s the case, then stop reading right now.

For everyone else, the majority, the 95% percent of you who’s still here, stop and take inventory of yourself.

Take different action, and be consistent about it, this for the sake of survival.

Doing so will prove you truly believe in yourself.

Realize that everyone has been lying to you, including yourself and your mentors.

Realize you’re the only one who’s responsible for your ultimate welfare. Your “mentors” just care about themselves.

There are those who’ll teach you traffic strategies, or dish out writing and content creation tips by the boatload.

These mentors will give you motivational pep talks and make you believe that maybe, just maybe, you can actually become the next blogging superstar.

All they’re doing is lining their pockets with your money, and their tidbits.

Authority figures aren’t that much brighter than you are, when it comes to IQ.

Where they excel, is they’re dynamic overachievers.

They’re action takers with strong drive and work ethic, and loves overcoming failure. They have faith in themselves.

When was the last time you listened or talked to someone and then thought, “Holy crap, that person’s amazing! They’re on a completely different energy level than I am.”

These are the successful authority figures who has that effect on you and everyone else.

You walk away after a conversation with them, with a completely new perspective.

You’ve learned something new that you didn’t even know existed.

You might say, that makes so much sense, it’s so articulate.

That’s just one piece of the puzzle however, in a larger set of characteristics.

• They’re absolute experts on their niche topic. If they don’t know or understand something, they’ll go and learn it and be the first to know, then they’ll take action
• They’re able to take extremely complex methods or ideas, compress them, and convert those facts and ideas into simple language that anyone can read and understand
• Most of what they say and write is truly unique and original, never plagiarized. What they offer is a different viewpoint, a different opinion, a different perspective on the same subject
• Even if you don’t have interest in the topic, you still find yourself drawn towards them, captivated by what makes them interesting, as things become crystal clear
• You find yourself thinking about what they wrote. It can linger in your mind for days, sometimes even weeks after you’ve read it

They use the appropriate traffic strategies that works for their particular product or service.

They are phenoms. These are the “super” affiliates who deserves all the praise they get.

It’s not what you write or promote, it’s more about who you are, the aura you project.

If you’re honest about yourself, then everyone can sense it. There’s complete transparency.

You can then write and publish an idea, opinion, that’s useful and will blow their minds away.

Other authority figures will then begin to follow you, because you’re hip and humble, and they can learn something.

Make Sure You Take Action

If you don’t listen and learn, or you don’t bother to take appropriate action, then it becomes more difficult to succeed.

You understand the concepts, but you don’t bother to do anything about it. Then you wonder why you fail.

It’s not about genetics, your age, how smart or pretty you are.

It’s about you deciding what you want to do, who you need to become, and then becoming that person.

Most people are average. Most really aren’t that much smarter or dumber than you are. That’s what average means.

Most children when growing up and going to school, like to goof off on occasion, become a rebel and skip classes. They just want to have fun.

Most students in school fail exams, struggle to learn and get mediocre grades. Some barely graduate.

But then sometime in their lives as young adults, hopefully sooner than later, a light bulb clicks on.

They get fed up with themselves and decide to change their lives for the better.

There’s a pivotal moment in their life when they say… “lets go.”

They just stop caring about what everyone else thinks about them, or tells them what to do, and they begin thinking about who they want to become.

They want to fulfill their potential.

This is when the average becomes extraordinary, as they exceed all expectations.

It’s All Up To You

It has nothing to do with SEO, or the latest social media networking tactics, or how keyword relevant the subheadings on your blog are.

It’s about you. The person you are right now.

It’s your poor habits and your bad attitude that’s sucking the will out of you, forcing you to fail.

Constructing A New You

If you’re wanting to change, to improve, then surround yourself with better more positive people.

Bury yourself in books and courses that will teach you something new. Cut out all the pointless distractions.

Make change in yourself and you’ll begin to see results.

Then slowly, you’ll transform yourself into someone that’s worthy of others to be listened to, and be read about.

So be honest with yourself. Realize that person who you can become, and then become that person.