Ways To Create Multiple Streams Of Passive Income From Home 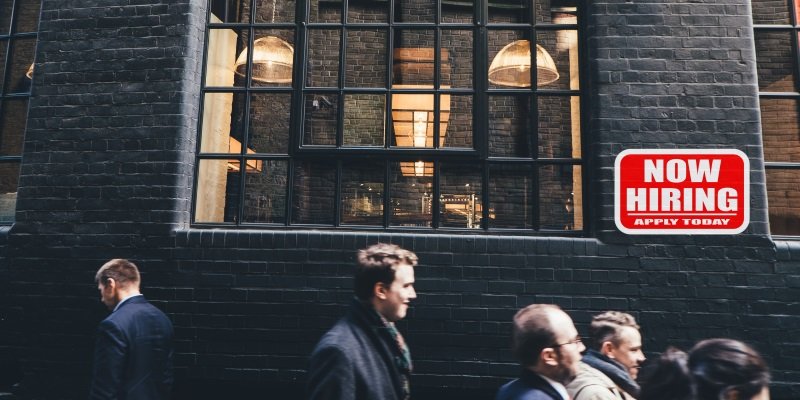 Friday, September 18th, 2020
There’s mounting evidence that you need to create multiple streams of Passive income for yourself, in this new economy. Creating passive income, is defined as money that’s generated from a business that you start, that you don’t need to participate in once it’s set up, as it’s self-generating.

The most common type is investment income, but the return such as interest from a bank, is minimal. The main objective of passive income, is you can expect it to continue to grow, whether you choose to work on it or not.

If you are just starting your journey into the working world after schooling, or you’re nearing retirement, you’re most likely seeking different ways to earn a living, or increasing or replacing your current income somehow.

The key to wealth creation, is to start as early on in life as possible, this by creating multiple streams of passive income; which provides positive cash-flow, that’s generated by assets that you’re able to control or own.

The biggest reason why most find it difficult to make this jump, from earned income to earning passive income, is because of our antiquated educational system, which conditions us to find a job and work 40+ hours a week, to earn a living.

They make it pretty much idiot proof, as we’re programmed to search and find work in a career that fits our aptitude, which also forces us to rely on that sole income source.

This works for the majority, as we are completely habituated to it. Work and then pay taxes on that work performed, and the little money that’s left over, we save it.

But if you’re focused on becoming rich and want to build wealth, what you’ll need is to expand beyond just exchanging your time for money.

The Search For More Money

The conventional and conservative advice that has been passed down for decades, usually by our parents and Economics class, is to save as much money as you can and stuff it into your shoe box.

To penny pinch any extra money that you can get your hands on, or earn, and save it by being frivolous, saving for a rainy day that never comes.

This mentality that’s instilled, then prompts us to stop buying those designer coffees, or going to the deli everyday for lunch. Don’t buy those extra pair of shoes on payday, but instead bank your money, otherwise you’ll regret it later.

Traditionally, this way of thinking is realistically a good idea. To save a bit of money each and every month, collect interest in a savings account , and reduce spending as much as possible.

Feel The Tide Is Shifting

Lately, because of the rapidly evolving technological world that we now live in, this type of conservative thinking appears to be shifting, and no longer that feasible,

It’s beginning to appear that the collective mindset, is to approach our finances differently, when it comes to generating more money for ourselves.

If you’re really wanting to earn more money by saving each month, the best way it’s now found, is to somehow find different ways of boosting your income, rather than stuffing the few dollars that you’re able to save, under your mattress.

This applies particularly for those who are just starting out in their working life, and has yet too accumulate too many expenditures or obligations to begin with, such as a mortgage or three kids to feed.

The fundamental theory and the mindset that needs to be adopted, is the belief that there’s absolutely no ceiling on how much money you can earn.

For instance, say that a 30 year old working male with no means of a steady income, happens to be making payments towards a luxury sports car, while renting an apartment downtown in a pretty posh neighborhood.

The most obvious step, the prudent move is to find a lower cost rental suite, and down grade to an inexpensive domestic four door sedan, which is the most logical solution.

Instead, what this person should be doing, is brainstorming and creating new ways of earning additional income, to support his current lifestyle.

This also doesn’t necessarily mean, that someone who’s currently working at a minimal wage job in an office cubicle, should be working as a waiter at night, to support their lifestyle.

In fact, this isn’t the principle at all. Instead, what you should be thinking of, are different ways on how you can create multiple streams of passive income, to support yourself.

Taking The Step From Employee To Self Employed

So rather than looking around for a part-time “moonlighting” job at night, or finding a new higher paying job, anyone who wants to get ahead in life, needs to reconsider their options.

Thanks to the Internet, we now live in an instant economy, where everyone should be looking for a “side-hustle” and learn to become their own boss, even and especially if there’s no money to start with.

For many, this idea however might just sound a little too intimidating, or too difficult to comprehend.

But notice that there’s recently a shift, a movement of new entrepreneurs that are springing up, as many now have the intent and the desire to make more money.

Realize that anyone who decides to babysit on the weekends for a few extra dollars, chooses to cut lawns around the neighborhood, or bakes and sells cookies at the local farmers market, all has the entrepreneurial spirit.

The effort and the willpower that it takes, to go out and find customers or through word-of-mouth, while providing and filling a much needed service that you’ll get paid for, is exactly how entrepreneurs start out.

Once this concept of passive income is introduced to the masses, what most will immediately ask, is what type of business they should be starting. The obvious answer being, “That’s what you need to figure out for yourself.”

Entrepreneurs are self starters who are extremely observant, and will look around and identify a product or a service that’s lacking, something they could improve or help on.

There could be a gap in the market, a need, that people currently don’t have but want, and are willing to pay for it.

The amount also needs to be justifiable, for the entrepreneur to spend their time and effort on it. In other words, it needs to be profitable.

This isn’t saying that extreme brainstorming is needed, this until you find a better “mouse-trap” product, that ground breaking new fantastic idea, that has the potential of making you filthy rich.

Instead, that’s more the contrary. Find a niche, hobby or an activity that you’re extremely passionate about, something that you love to to.

What’s recommended, is finding a variety of new and different smaller markets that you can develop, provided that each project is completely self-contained, and it doesn’t absorb too much of your time, energy or money.

What it may initially take, is a bit of trial and error to gain the skills, the knowledge and the confidence to find and understand what the various consumer demands in the market are, before actually finding something that’s profitable.

Finding, developing and generating as many multiple sources of passive income is the key, and the wisest thing that you can do for yourself.

Because of this current volatile economic environment, this need to create multiple streams of income is approaching mass critical levels.

Even if you currently have a good steady job that you love and it pays decent, or maybe you don’t enjoy it that much, you can’t be certain that the same job will be there six months or a year from now, as the new buzzword is “downsizing.”

So begin by expanding on what you currently love to do, which can be that small weekend hobby or online business that you can nurture and expand, just in case your main income happens to stop.

The Time To Start Is Right Now

So if you’ve always had a passion for something that you love to do, and always wanted to expand on it, right now is the time to start.

You know you have the skills and the aptitude to start your own online business, but you constantly procrastinate and as a result, you postpone it until next month, which turns into next year. So you need to start now.

There’s no guarantee what that current “job” has in store for you in the future, as the economy is becoming unstable, and the unemployment rate is volatile.

Then, the competition for starting that new online business you’ve always wanted to, will be that much stiffer.

Learn How To Start Your Own Online Business Here

Begin by taking baby steps. It becomes easier to start that online business idea you have right now, this by getting it established, by starting part-time during the evenings, or the weekends.

Then once you’ve educated yourself, learned the ropes, and established a solid workable system of generating income, along with building a loyal customer base, then you can slowly convert to replacing your current income.

Once it begins to start generating income on its own, it becomes self-sustainable, then start another passive income funnel.

So it’s no longer about penny pinching and trying to save that extra dollar by saying. “This is how much money I make on my paycheck, so I need to cut a bit back here, then I’ll be able to save an additional $100 every month.”

In the current economy that we now live in, where the Internet now offers boundless opportunity, you should instead be saying. “If I can cut back a little here, then it’ll free up an additional $100 per month, then I could start that online affiliate marketing business.”

The time to start is right now, don’t delay, as it’s your welfare and liveliness that’s on the line and at stake. Ultimately, you know deep down inside that you can’t rely on anyone else but yourself, to earn money.

So you need to become your own self generating money making machine. It’s time to start looking out for Number #1, which is you.