The Need To Overcome Emotional Issues Before Becoming Successful 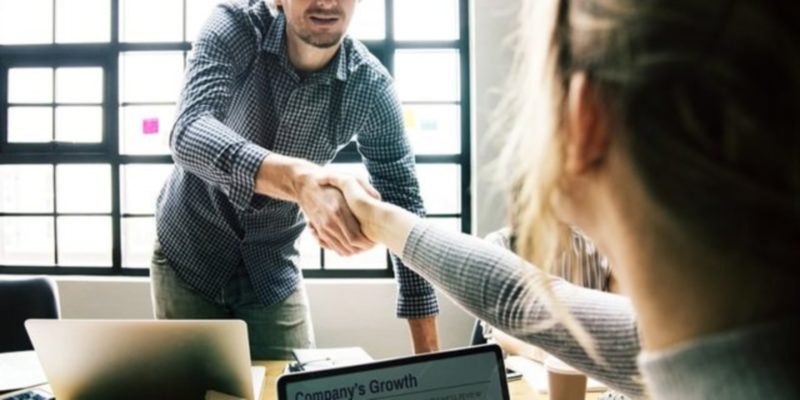 Friday, September 25th, 2020
There are set ways on how those who are successful, approaches and overcomes their personal and professional issues. If one has emotional issues, it can potentially hold them back, and could be the reason why they’re not able to succeed in the external world. It’s thought that once applying mindful diligence, these self-defeating responses can be overcome.

For those who are successful in life, it’s the confidence that they have, when they’re facing the same hardships that others are facing, such as those who may have low confidence.

The difference being, they know how to respond positively based on their past experiences.

They’re driven with the attitude of overcoming this or any other obstacle, that pulls and defeats others back. They do so, by managing and then maintaining a winners non-defeatist mindset.

The successful in life and business claim, that there are certain preset critical drivers and factors, this particularly their attitude that drives them forward.

It comes down to the belief, that their failures are a result of personal deficits, that can at times be beyond their control. They also believe most setbacks can be overcome with effort.

Becoming Successful Is A Work In Progress
Success is determined by ones mindset. Successful people are usually more optimistic than most, as they’ll expect and then treat failure as a learning experience.

They believe that they can learn from their failures, and then do it better in the future.

There are continuous life challenges, that will drag most people down, as they’re viewed as barriers to success, that they believe can’t be overcome. For those who are accomplished, these same challenges never hold them back.

Who Cares What Others Think
Most will compare themselves to others who they admire or look up to. These are the same people, who cares about what others think of them.

Then they think that they don’t measure up to them, to the achievements of those who are more successful then they are.

They’re defeated by taking the criticism that they get from others to heart, this regardless of what they think or are doing.

Self-worth is something that should come from within. Those who are successful don’t care what others think, as they know it’s just their opinion.

Once successful people do something and feel good about it, it doesn’t matter to them what the opinions of others are. One thing for certain, is that you’re never as good or as bad as what others think of you.

Those Who Are Toxic
It’s well known that you’re the result of the five people who are closet to you, those who you spend the most time with.

That it’s the dullness or the brilliance of those around you, that influences how and what you think and do.

Just as those people who are successful, will help you reach your potential, it’s those who are toxic in your life, those who are negative, will drag you down if you allow them to.

What toxic people will do, is create stress from their own drama, so they should be avoided.

So if you’re unhappy with your current situation in life, just take a look around you, and look at who you hang out with. It’s usually those people who you associate with immediately, that are usually the cause. So find the right people.

Being Scared Of Fear
Fear can be a violent emotion, as it lingers in the darkness of your imagination like a virus. This danger is real and constantly lurking, getting ready to pounce.

It’s a rush of adrenaline, that’s an uncomfortable feeling. Realize however, that fear is also a choice that you accept or reject.

Those who are successful in life know and understand this, so they stop fear once it enters the situation.

What they know is that it can become addictive, much like an euphoric high. They know that once fear is lurking, they can reject and conquer it.

Being Constantly Negative
Life at times isn’t fair, but we all live on the same plane of life. A world where all of the successful people, live and breathe in the same air as everyone else.

What the successful people do, is make their time count.

What they won’t dare do, is waste their time complaining about things that they can’t control, or things that should have been.

They’re just grateful for everything they have. They find the best solution possible to solve their problems, and then move on.

Once they come across someone who’s constantly negative, what they’ll do is avoid them by setting up boundaries, this by distancing themselves. They know it’s their choice, who to avoid or converse with.

An effective way of shutting out those who are negative, is by asking them how they intend to personally fix the problem that they’re complaining about.

That will either silence them, or they’ll begin complaining about something else.

Living In The Present
Similar to fear, the past and the future are emotional dumping grounds. There’s no amount of guilt that can alter the past, or no amount of anxiety that can change the future.

Those who are successful realize this, so they focus on the present moment. It’s impossible to reach your potential, if your mind is elsewhere, unable to fully embrace the present.

To live in the here and now, is accepting your past and making peace with it.

The past will never leave you and you can change it, but it can create a better future. Those who are successful, will revisit their past only to see how far they’ve come.

To accept the uncertainty that is the future, never place any unnecessary expectations on yourself. Constantly worrying as an emotion, is like paying a debt that you don’t owe.

The World We Live In
Breaking news from mass media is usually not good. As they say, no news is good news. There’s the endless reports of war, violence, the failing economy, economic disasters, environmental disasters.

It’s easy to assume, that we’re all headed for doomsday.

Maybe it is but who cares. Successful people never worry of these things that they can’t control. All they focus on is what’s in their grasp, which is opportunity.

Their attention is focused on what they’re grateful for, while looking at all the good that happens in their world. They focus on improving their lives and the world around them on a daily basis.